At Technoprom-2018 Forum, the members of Association Silk Road discussed the opportunities of establishing international cooperation in the area of production and new technologies 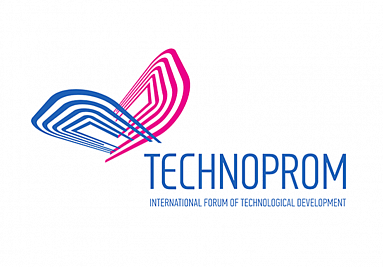 At Technoprom-2018 Forum, the members of Association Silk Road discussed the opportunities of establishing international cooperation in the area of production and new technologies

As part of Technoprom-2018, the events of the III Forum of Association of Science and Technology Parks, Areas of High and New Technologies “Silk Road” were held: plenary session “The opportunities of international cooperation in the area of production and new technologies”, as well as Forums “Investment potential of branches of Russian economy” and “Experience in creation and functioning of free and special economic zones and technology parks”.

The participants discussed the development of partnership between Russia and China and expressed mutual hopes for further cooperation in science and technologies and for joint implementation of major projects.

The interim Deputy Governor of Novosibirsk Region, Andrey Zhukov, announced during the plenary session that the main goal of Association was to strengthen the cooperation between the member countries and to consolidate the resources to implement joint projects. Moreover, Andrey Zhukov added that the discussion platform of Technoprom Forum “will contribute to new contacts, new meetings and new monetary arrangements as part of bilateral agreement”.

The Deputy Minister of Industry and Trade of the Russian Federation, Aleksey Besprozvannykh, reminded that the first Forum of Association was held in China, the second one was held in Minsk, and noted that Novosibirsk became the platform for the III Forum of Association for a good reason: “I am sure you will get a great deal of useful information of how the investments should be made in the Russian Federation. We have all tools to invest your funds in the Russian Federation.” He added that Russia would be happy to see the participants of plenary session not only as guests, but also as investors throughout the country.

The Chairman of the Association of Science and Technology Parks, Areas of High and New Technologies “Silk Road” (SRSPA), the General Director of Yantai Hi-Tech company for international cooperation, Zhang Renzhong, showed the photograph taken at the II Forum of Association held in Minsk to the audience and told that during the time of Association’s work more than 50 events attended by more than 1 000 participants had been held. Moreover, according to him, more than 60 scientific projects have been implemented. “There is a saying in China: ‘A journey of a 10 thousand miles begins with a single step’. You have another saying in Russia: ‘Rome was not built in a day’. The creation of Association requires much efforts, which will bring common benefits”, Zhang Renzhong said.

The Deputy Consul General of the Consulate General of China in Yekaterinburg, Shi Tianjia, added that he was proud of the fact that the partnership between Russia and China was developing and functioning on a high level: “We look forward to continuing collaboration in science and technologies and joint implementation of major projects playing a great role for both countries”.